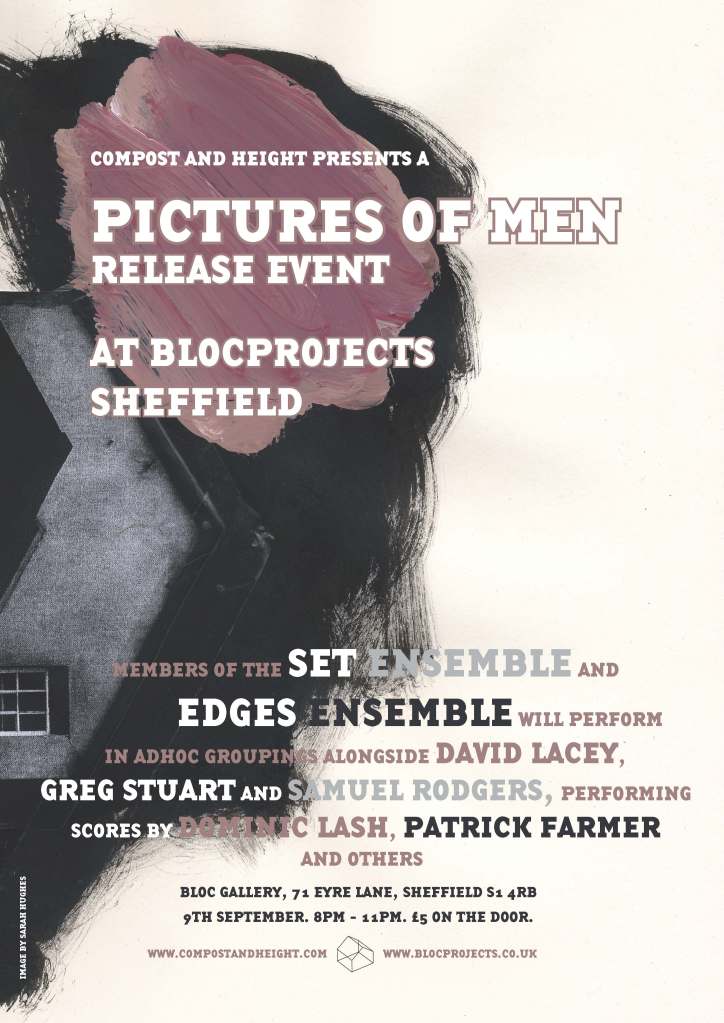 To mark the release of pictures of men, the new album by Patrick Farmer and David Lacey, released by Copy For Your Records, we have curated  a concert at Bloc Projects in Sheffield that will feature members of the Set Ensemble, based all over the place, and the Edges Ensemble, based primarily in Huddersfield. And we’re lucky enough to perform in various groupings with the wonderful artists, Greg Stuart, David Lacey (of course) and Samuel Rodgers.

In 2008 Bloc Projects hosted the first collaborative installation by Sarah and I, entitled Mr Palomar, we’re very excited to be returning there.

The programme is as follows (though it could change, and please treat all times as approximate)